The concept of the Buchu Bushcamp was instigated by the principle of peripheral development around protected areas.  The principle of peripheral development states that the infrastructure necessary for tourism and general management in a conservation protected area should be located at or near the boundary, rather than in the interior. Infrastructure and the activities surrounding it, inevitably introduces a degree of disturbance to the natural environment, so the idea behind peripheral development is to limit such disturbance to the edges of protected areas and to maintain the interior of the conservation area in as pristine a state as possible. Apart from this, the protected area needs the active support of its neighbours to maintain its integrity and generate income through political acceptance and tourism.


At a time in the history of conservation where the conservation organisation leaders had not come up through the ranks and had no insight into the management of conservation areas, they were professing to the politicians that conservation should and could pay for itself.  They were all for becoming boards and CEO’s and running protected areas as “business units” to generate millions sufficient to cover the costs of their conservation responsibilities throughout the Province.  They were all for taking the primary responsibility for conserving our heritage away from the general citizen through his contribution in taxes and voluntary effort, and going it alone.  It was at this time in the history of conservation in the Western Cape that proof was required that community owned peripheral development was important to secure protected areas. It became more and more difficult to motivate the conservation authorities that this was the way to go because they saw short term gain out of developing accommodation within the “Green Zones”, exactly opposite to the peripheral development principle.


1.       To prove that peripheral development on nature reserves in the Western Cape would work financially, socially and ecologically


2.       That branching out into the tourism industry would develop a parallel rural economy for the local agricultural community


3.       It would generate important job opportunity for the unemployed in this rural area. 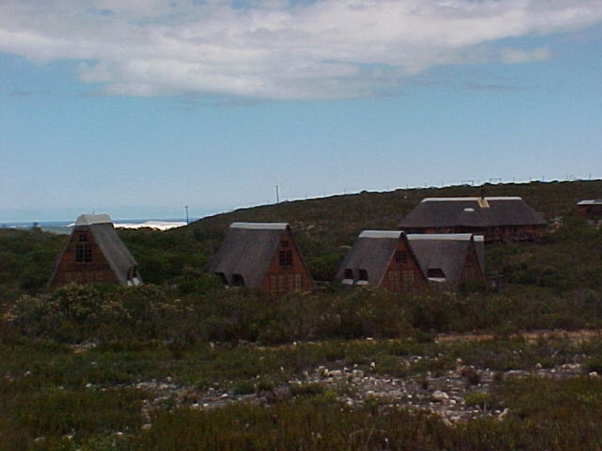 There were obviously a number of goals that we intended to meet such as the biodiversity conservation of the important limestone fynbos along the northern boundary of De Hoop which at the time was being over-burnt to promote stock grazing to the detriment of biodiversity and the education of adjoining land owners and visitors alike to the importance of the fynbos specifically and conservation in general. We also wished to prove that all the basic materials and skills were available locally to build a high standard facility, and by using alien pine and blue gum for the required poles and local thatch, it was only flooring, plumbing and fitting that were purchased locally.


The project was divided into phases as follows 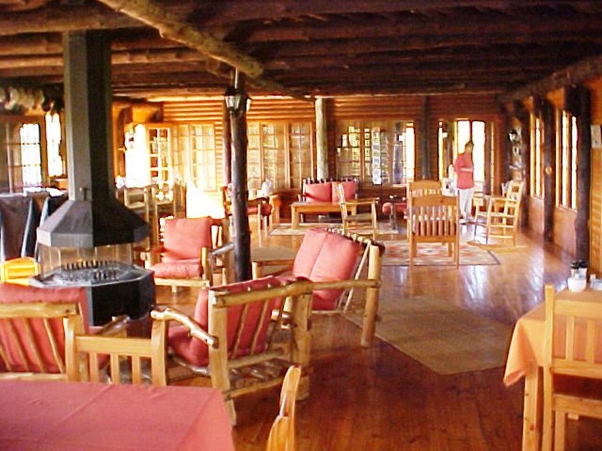 
By the time I sold the Bushcamp in 2005, all the principles had been met and it was sold as a successful business.  The farmer and his wife on whose property the bushcamp had been developed bought and managed it successfully from then on.
Posted by Unknown at 22:46